is a media designer, researcher, and curator. With an interest in digital culture in all its complexity and absurdity, she explores topics ranging from networked images to digital metaphors. She reflects upon these predominantly through curation, writing, and (moving) images.


Marijn graduated from Design Academy Eindhoven in the department Media & Culture and studied Media Studies at Maastricht University. Currently she is a graduate student at the Erasmus Mundus programme Media Arts Cultures. She has worked with the Young Curators Academy, The Wrong Biennale, CIVA Festival, IMPAKT Centre for Media Culture, and Institute of Network Cultures.


When I Look Through My Browser Window I Can Feel the Fresh Air (CIVA Festival, 2021)

In Search of Silence's Image (Simulacrum, 2021)


Architectural Filter Bubbles: On the Society for the Nonpreservation of Brutalism (Institute for Network Cultures, 2020) 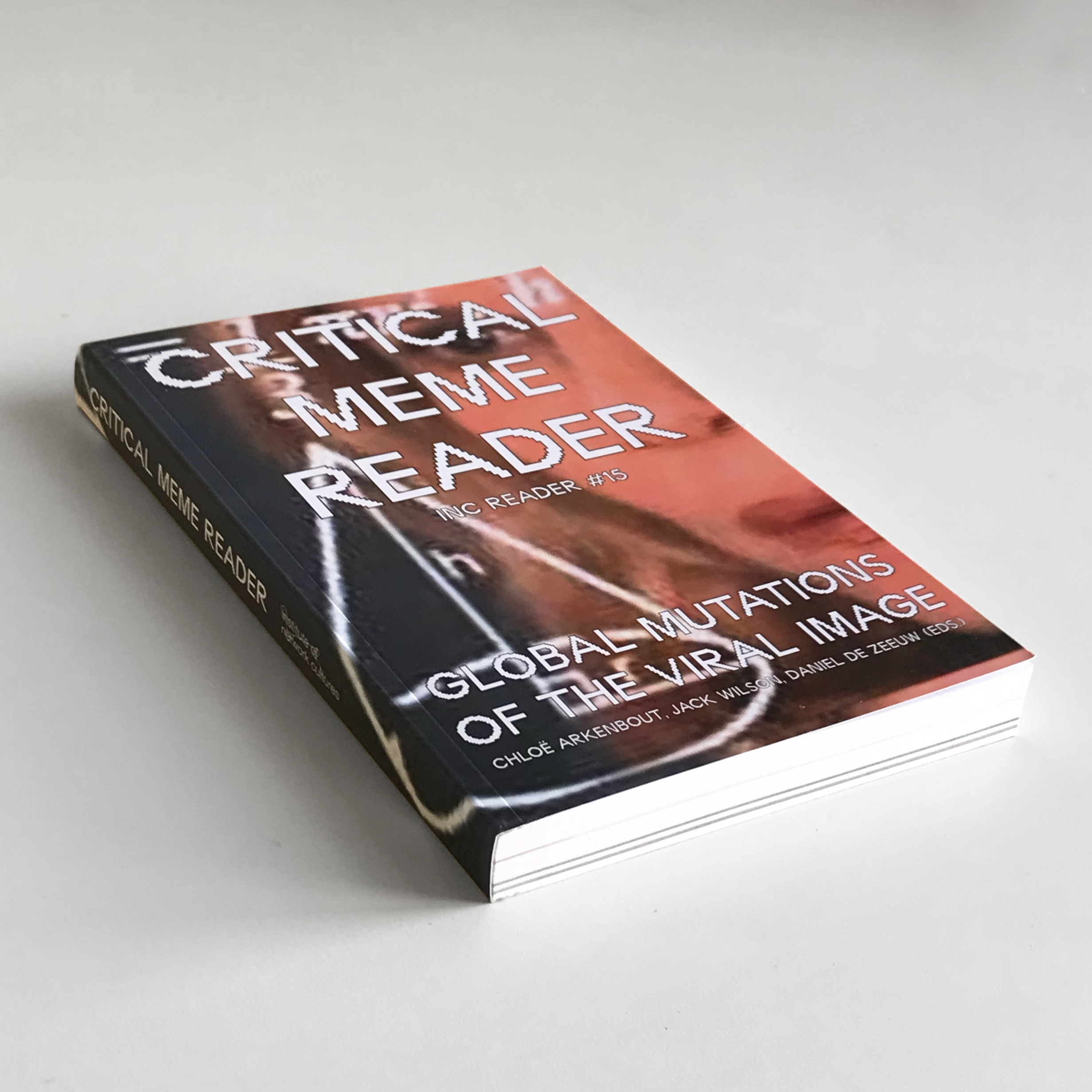 Beyond the so-called ‘Alt-right’ and its attendant milieus on 4chan and Reddit, memes have passed the post-digital threshold and entered new theoretical, practical, and geographical territories beyond the stereotypical young, white, male, western subject. As they metastasized from the digital periphery to the mainstream, memes have seethed with mutant energy. From now on, any historical event will be haunted by its memetic double. Our responses to memes in the new decade demand an analogous virtuality.

This Critical Meme Reader features an array of researchers, activists, and artists who address the following questions. What is the current state of the meme producer? What are the semiotics of memes? How are memes involved in platform capitalism and how do they operate within the context of different mediascapes? How are memes used for political counter-strategies? Are memes moving beyond the image? How can memes be used to design the future? Will there ever be a last meme in history? Together, the contributors to this reader combine their global perspectives on meme culture to discuss memetic subjectivities and communities, the work of art in the age of memetic production, the post meme, meme warfare, and meme magic – varying from reflections on real-life experiences to meta meme theory.

Download the book / order a print copy via networkcultures.org 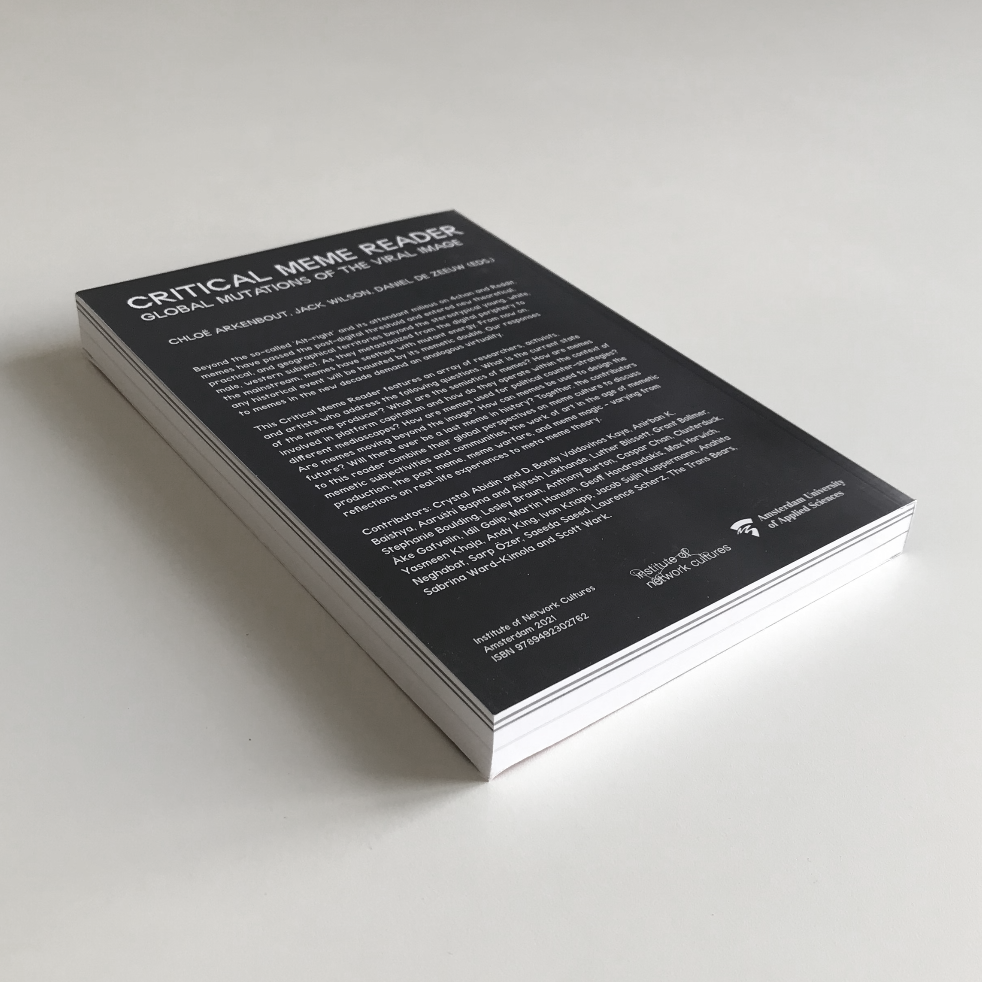 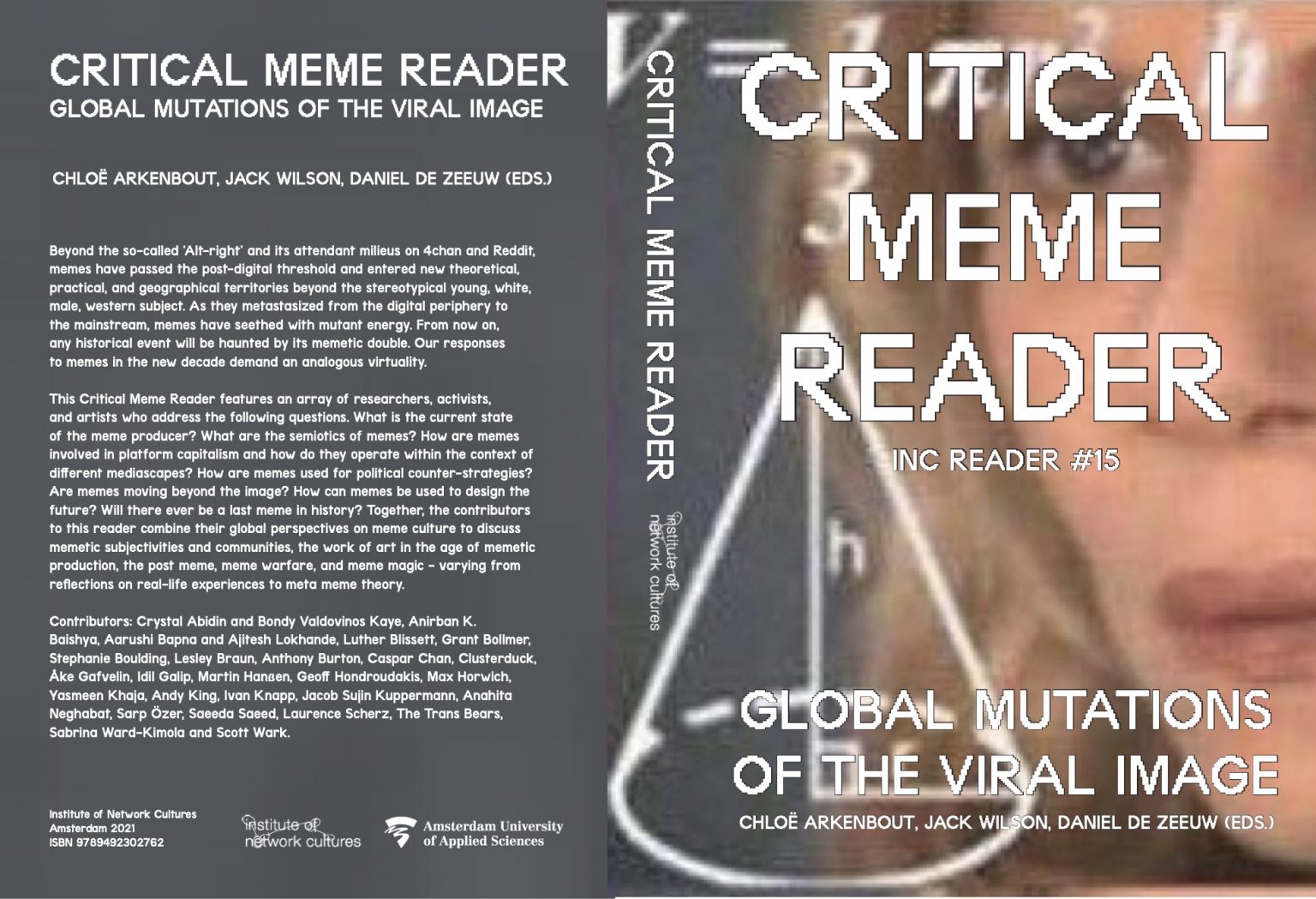